Road crashes continue to be a major cause of injuries and fatalities. The World Health Organisation (WHO) new global survey finds that road traffic deaths continued to increase in 2017, reaching a total of around 1.35 million.

The report further states: “Road crashes are now the leading killer of children and young adults.”

The risk of road traffic death remains three times higher in low-income countries than in high-income countries, with Europe accounting for the lowest rate among the world’s regions — 9.3 deaths per 100,000 population.

Africa’s rate is the world’s highest. Taking Kenya as an example, the survey reports that 13,463 Kenyans died in 2017 in crashes on the country’s roads — more than four times higher than the government’s figure of 2,965 deaths that year.

It is the crash that took place at dawn at Fort Ternan in Kericho County in October 2017, where 58 people died, that has become the indisputable emblem of the horror of road crashes in Kenya.

I’d like to focus on intercity public service buses in Kenya, which have made headlines all over the world for the wrong reasons. But it is the crash that took place at dawn at Fort Ternan in Kericho County in October 2017, where 58 people died, that has become the indisputable emblem of the horror of road crashes in Kenya.

Debris strewn all over, the sheer number of fatalities and heart-rending tales of survivors;  Yet this was just one of the horrors that occurred on Kenyan roads at night in 2017. In this crash, for instance, the driver was said to be 72 years old and tired from working a double shift. It also emerged that the bus had not been licensed to operate at night.

The government of Kenya has implemented a policy requiring all public transport buses to belong to registered Savings and Credit Co-operatives (SACCOs) or a company. The goal is to instill discipline and promote self-regulation. In my opinion, this policy is obviously a good idea, but it has faced challenges, including lack of tools for the SACCOS and companies to develop their individual safety capacity; training, risk assessment tools and use of technology is sparse.

The policy has also caused animosity between the government and the SACCOS. When a member of a particular SACCO has caused a serious road safety incident, the National Transport and Safety Authority (NTSA) has in some cases suspended all the vehicles from the SACCO; they are required to meet certain requirements before they are allowed back on the road. The buses must meet specific safety requirements to operate at night. The rules and regulations look good on paper but they are not implemented systematically. This affects enforcement too, which has been intermittent and lacks robustness. 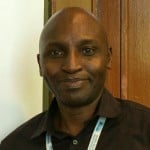 Lucas Munene is the founder of Pamoja Road Safety Initiative (www.pamojaroadsafety.org) in Kenya. He has a certificate in Road Traffic Injury Prevention and Control in Low and Middle-Income Countries from John Hopkins University Bloomberg School of Public Health (2013), and is a Global Alliance of NGOs Advocate. Lucas has also won the Association of Kenya Insurers (AKI) Road Safety award.