Since the last time ETSC published a report looking at the safety of goods and passenger transport in 2013, the transport sector has continued to evolve. Just-in-time delivery in many industries; next-day delivery of single items from online shops; clothes bought, tried on and then returned; supermarket home delivery… in the background of all these services is an international network of transport that ends with goods vehicles criss-crossing countries, cities and towns.

Our new report looks at the toll that the transport of goods and services has taken in terms of road deaths over the period 2010 to 2018. It examines the performance of individual countries, as well as the European Union as a whole, in tackling the risks, and describes some of the policies needed to reduce deaths and serious injuries in the future.

The majority of those killed in collisions involving HGVs are not HGV occupants but other road users.

The majority of those killed in collisions involving HGVs are not HGV occupants but other road users. Car occupants represent half (50%) of all deaths in collisions involving HGVs – the largest share of any road user group. Vulnerable road users account for nearly a third (28%). Of these, 13% are pedestrians, 7% are cyclists and 8% are users of powered two-wheeler (PTW), i.e. motorcycles and mopeds. Occupants of HGVs make up 12% of all road deaths involving an HGV; 11% are the drivers and 1% passengers.

General, as well as targeted, road safety measures should be combined in order to sustainably reduce road deaths in collisions involving HGVs and LGVs. These measures are related to safe road infrastructure (e.g. median barriers, rumble strips, safe intersections, safe pedestrian and bicycle crossings), safe road use (e.g. sober drivers, use of seatbelts, secured loads, speed limit compliance) and safe vehicles. Measures also include the enforcement of current legislation, particularly when aimed at HGVs and LGVs, the promotion and large-scale rollout of life-saving technologies, and the training of road users with a particular focus on those who drive as part of their work or profession. 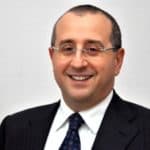