Speed is a key risk factor in road traffic injuries and contributes to between 20 and 30% of all fatal road crashes. Controlling vehicle speed can prevent crashes and can reduce the impact when they do occur, lessening the severity of injuries sustained by victims.

An important element of road safety is the installation of speed limiting devices (SLDs) in commercial vehicles. This has already led to a marked reduction in speed-related road crashes and resultant fatalities, and SLDs, or speed governors as they are also known, are being used in more than 28 countries across the world with positive results.

The advent of SLDs in India can be traced back to July 1993 when Rule 118 of the MV Rules was introduced under the purview of the Ministry of Road Transport and Highways. SLD installation was supported by various judgments and orders, including the landmark judgement of M C Mehta vs Union Of India and Others (1997) 8 SCC 770, which held that there was an immediate need to take measures such as installation of speed-control devices for ensuring road safety. On 30 November 2017, the Supreme Court of India mandated the installation of speed governors with the support of the Transport Ministry, following a high number of reported crashes caused by speeding commercial vehicles. Hon’ble Retd. Justice Radhakrishnan, Chairman of the Supreme Court Road Safety Council, instructed all states to comply with the mandate and implement the SLD project.

“We hope for the proper implementation of SLDs in India and the other countries of the world to reduce the number of road deaths caused by speeding.”

Despite the problems and challenges of installing SLDs in vehicles, the Supreme Court Committee introduced appropriate directives and guidelines which, if followed by government, would have improved road safety in India immeasurably.

However, surprisingly, ministers proposed a move to abolish SLDs, stating that speeding is not the cause of fatalities during road crashes. This has come as a major blow to the progress of the speed governor project, which has started picking up pace. The need now is not to abolish the project but to implement it more widely and deliver even better results.

We hope for the proper implementation of SLDs in India and the other countries of the world to reduce the number of road deaths caused by speeding. 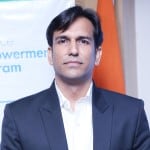 Om Sharma is the founder President of Safe Drive Save Life (SDSL), a registered non-government organisation with the vision of a world with zero road fatalities. Under his leadership, SDSL has taken on various challenges related to road safety, including running a ‘City Towards Zero’ project to reduce road crashes, and campaigning for the implementation of various road safety laws in India. In the 10 years of hard and result-orientated work, SDSL has been established as one of the leading road safety organizations in India.

Mr Sharma is a lawyer by profession, having studied human rights and automobile engineering. He is also the founder member and General Secretary of the Indian Alliance of NGOs for Road Safety with 43 NGO members in India, which aims to raise a collective voice for road safety.