Road crashes have been a major cause of deaths in Kenya for a very long time, robbing families of their breadwinners and costing them years to get back on their feet economically. According to the World Health Organization (WHO), between 3,000 and 13,000 Kenyans lose their lives in road traffic crashes annually, of which more than 60% are vulnerable road users (pedestrians, motorcyclists and cyclists). This is largely attributed to a lack of (or poor) enforcement of road safety laws which are sometimes applied as knee-jerk solutions, especially with media focus on the tragedy of bus crashes.

The National Transport and Safety Authority reported 3,146 deaths from road crashes in 2018, of which 1,201 were pedestrians. This is a significant rise in road deaths compared with the previous year (2,875 deaths were reported in 2017). The consistently high number of pedestrians losing their lives in collisions has been a major cause for alarm and has led Kenya’s Inspector General to make numerous appeals to pedestrians to cross roads at designated pedestrians crossings and footbridges and to look in all directions several times before crossing the road.

Four out of every five crashes in Kenya are caused by speeding and reckless overtaking, and these are thought to be among the main reasons why collision numbers have risen recently. According to WHO estimates from 2014, Kenya loses about 5% of its GDP, or Sh387.5 billion ($3.8 billion) to road crashes. This is above the global average of 3%.

At Safedrive Africa Foundation (SDAF), our main aim is to advocate for and ensure the safety of all road users, especially women and children travelling to and from school. That is why we have created a five-hour sensitisation programme that all drivers can attend to teach them about the dangers on the roads.

SDAF also runs a programme for drivers and bike riders to address the issue of death on the roads from crashes involving Boda Boda (bicycle and motorcycle taxis). After completing training, all participants are expected to have gained safety skills and to adhere to road way rules. What we are lacking as a country is a culture on which road safety can thrive, something we can create only if road users understand the cost of their actions or inactions both at the personal and national levels.

A Kenyan coach company has been awarded the first ever Global Fleet Champions Award for Fleet Analysis and Action. The award coincided with the launch, by Pamoja Road Safety Initiative, of its manifesto for safer bus transport in Kenya, calling on the Government of Kenya to put safety first and reduce the number of deaths and serious injuries caused by crashes involving buses. Read the full story. 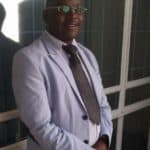 Isaac Mutashi is the founder and executive director of Safedrive Africa Foundation (SDAF). He is a champion for road safety advocacy, research, and driver education, and avid supporter of low-emission vehicles and sustainable transport in general.